As I reflected on the 2016 ABIM Foundation Forum, “The Value of Co-Creation in Health Care,” I started to think about how the concept applied to formation of the Choosing Wisely campaign.

This year‘s Forum focused on the concept of co-creation, which is defined as “a shared creation of value between the consumers and providers of a service.” In short, instead of producing services “for,” you produce services “with” the receiver of that service. As Mark Bonchek, the Chief Epiphany Officer of Shift Thinking puts it: “People are no longer consumers but co-creators. They don’t just want to receive something already made; they want to participate in its creation.”

In 2012, the Choosing Wisely campaign began with specialty societies developing lists of five things patients and physicians should question when the risks of specific tests or treatments exceed the benefits. More than four years later, over 70 physician and clinician specialty societies have published over 450 recommendations.

I see Choosing Wisely as being “co-created” in several ways:

One of the intents of the Forum was to create a mind-shift change regarding how to produce services. As Mark Bonchek aptly said: “To change what people do, you have to change how they think.”  Creating a service must deeply involve the end user. Getting their input and then designing it in a vacuum is not enough.  Bonchek put it best when he described patient-centered care as the “horseless carriage of healthcare transformation.” 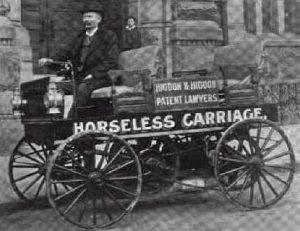 What Bonchek means by this is that although the first iteration of the automobile was billed as such because, per Bonchek “we see the new through the lens of the old,” an automobile is not the same as a horseless carriage. In this way, patient-centered care is not the same as co-creation; what the patient-centered care movement accomplished was merely the initial phase of co-creation. What is needed now is an understanding around the broader context of how we communicate, relate, and create value in the digital age—this is where the creating “with” instead of “for” comes in.

This notion blew my conception of patient-centered care apart. From getting input into design of services to consumers being a part of the production of the service. It pushed me to reflect on how much deeper we could have gone to “co-create” Choosing Wisely:

Apparently you can teach an old dog new tricks.

For many of us who attended the Forum, thinking about how we do our work has been disrupted and the power relationships (i.e., the relationship between consumer and service provider) have all shifted. Is co-creation the beginning of a sustainable paradigm shift that makes patient-centered care feel like the horseless carriage in retrospect? How will this change how we evolve the Choosing Wisely campaign?